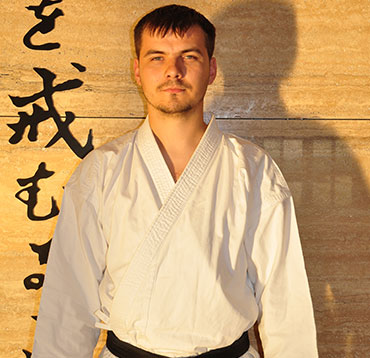 Started karate in 1993.
A former member of the Polish Traditional Karate Technical Judge squad between 1999 and 2012. Trained with many karate masters: